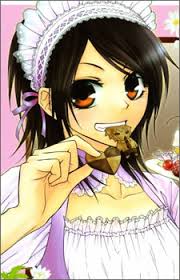 However, there’s one secret that Misaki has been nursing to herself all this time.  While she poses a dominant stance toward Seika students all throughout the day, she is actually working on a part time job as a maid!  Believing that this part time job at Maid Latte might ruin the way Seika students view and respect her, she kept it secret from them. 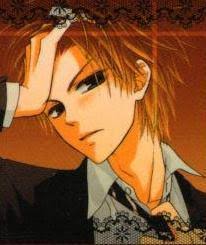 Okamoto) learns Misaki’s secret.  Since then, he takes an interest to Misaki and constantly follows her around.  At some extreme cases when Misaki faces danger, Usui comes to the rescue to help her.  Misaki, initially rejects his uncanny  ability to be presentwherever he goes but later on she’s gotten used to it.  Usui is often referred as “the perverted space alien” by Misaki.  Usui openly tells Misaki he likes her; he protects Misaki’s secret and sometimes works as a part time cook at Maid Latte to closely keep an eye on her.

Kaichou Wa Maid Sama! is an ongoing manga written by Hiro Fujiwara and was serialized in Hakusensha’s Lala since December 2005.  An ongoing anime adaptation of the same title directed by Hiroaki Sakurai originally premiered on April 1, 2010 on TBS, with a same week telecast on Animax Asia.

Moreover, the opening theme song “My Secret” was performed by Mizuno Saaya and the ending theme “Yokan” by heide.

I look forward to the anime’s new episodes on Animax (in Japanese audio, with English subtitle) every Sunday, 8:30 pm.